It is no hot take that privilege plays too great a role in the arts.

In 2016 a study led by LSE and the University of Edinburgh revealed that just 16% of actors come from a working class background whereas 51% have a privileged background. The figure has fallen by 1.4% since 2014.

This prompted a flurry of activity in the industry to break barriers faced by working-class performers and creatives accessing the cultural sector, including Labour’s 2018 inquiry ‘Acting Up - Breaking the Class Ceiling’ and the formation of Eastlake Productions, a working class theatre company originally set up to tackle the financial barrier faced by working class artists.

The pandemic is likely to have exacerbated class imbalances across the UK’s creative industry with theatres closed and no work available, creatives have become disillusioned and financially incapable of remaining in the industry.

Many have slipped through the cracks of the government’s Self Employment Income Support Scheme due to having secondary sources of PAYE income in the hospitality industry, income which too has been significantly reduced with lockdown restrictions.

Prompted by greater pressure from funding bodies that art is not made for art’s sake but that it in some way benefits the public community or neighbourhood in which it is located, participatory theatre has become a conduit for engaging a greater number of working class people, particularly through youth theatre clubs and training schemes.

Speaking to facilitators and participants of youth theatre programmes who engage underprivileged, NEET (not in education, employment or training) or at-risk young people, it became apparent that although engagement levels are high, the presence of privilege still pervades these departments and their work.

Chasm between Participation and Main-house Work

One participant, involved in a well-known youth company, highlighted the lack of integration between programming departments and community work. “I don’t see myself reflected in UK theatre. When I enter the venue for a session or an event, there is a clear misalignment between the participation work and the main house programmed work. A chasm which makes me feel like the sessions I go to are merely an exercise in tick boxing.”

He adds that staff working in the building expect participants to take an interest in traditionally more high brow forms of art: “we’re always playing catch up but they never ask us about what art we might be interested in. It doesn’t always feel welcoming”. 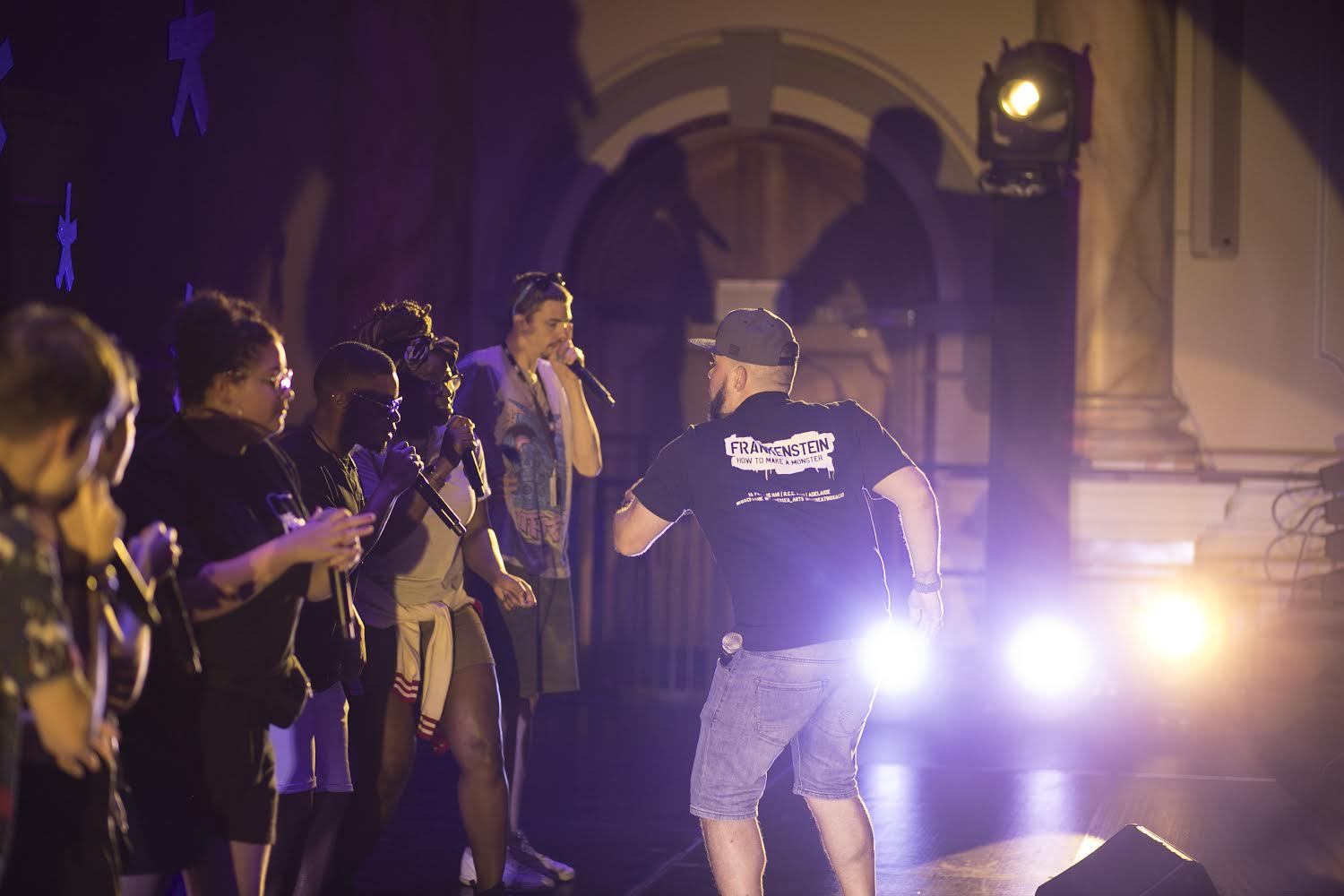 Above: Conrad Murray with the BAC Beatbox Academy

“Thankfully, not all theatre venues are taking a backseat,” explains a theatre facilitator who works with young at-risk people. The Lyric Hammersmith currently have 15 young people and community branches and their new large scale community play Heart of Hammersmith features 60 people ranging from the age of 11 to 70!

Battersea Arts Centre crucially invested as much funding, space, time and resources towards their Beatbox Academy, also a Sightlines partner, as they would on any other programmed show. This has led to the creation of a smash-hit, multi award-winning show How To Make A Monster which is about to embark on an international tour.

The director of the BAC Beatbox Academy, Conrad Murray, points out the flawed nature of 18-25 year old age restrictions on youth theatre programmes claiming that they are inherently classist. “They fail to take into account that young people from underprivileged backgrounds have different milestones to people from wealthier backgrounds”.

“While 18 is the normalised age for graduating education and seeking employment opportunities, others who have been financially supporting their families, or who have been kicked out of their homes are usually just starting to find their feet at 25 and by this point they’ve missed out on all the free training opportunities. That’s why at the Beatbox Academy we welcome people from the age of 11 to 29.”

Often in participatory arts there is a disconnect between those that run the sessions and those participating in them. One participant recounted how a lead facilitator abandoned them halfway through the course with no explanation, mimicking the lack of stability in the personal lives of many participants. A replacement wasn’t found for months.

For many youth participants, participatory arts sessions are a haven from home-life turmoil and the perils of rough-sleeping. “It was a place where friends and adults cared for me”. It is heart-breakingly obvious when a facilitator doesn’t feel the same way about their participants.

That’s why one facilitator, Sammy Glover, emphasised the need for conflict-confident spaces in the rehearsal room. These are environments that “foster a sense of joy and security” and implement “mindful practices” centering around actors having autonomy, dignity and boundaries. “It sounds really pretentious but it basically means we just help them to hang out”. They are hosting a workshop on this topic as part of the Sightlines programme.

When asked how they view their role in the industry as a privileged person with power, they explained that they see themselves as a “placeholder rather than a gatekeeper”. “These schemes serve to train young people, familiarise themselves with the building and slowly but surely the people doing the structural change will be phased out… I will no longer be at the top of the list.”

It’s also important when speaking about participatory arts to avoid employing hyperbolic jargon. Participants have stated that it can be alienating and even patronising when participatory schemes claim that they “use art to change the paths of young people for the better”.

Participants are not case studies or victims. Ultimately, these schemes are in place to help kids have fun who may not have experienced it in traditional environments.

And regardless of class or privilege, every child deserves the right to have fun.