LUNG and the potential of verbatim theatre

I am in awe of creative projects whose legacy can be counted in years (particularly seeing as none of my “big” theatre-making ideas survive longer than five days). One of the most impressive shows in this regard is LUNG Theatre’s Who Cares - born five years ago, and still flourishing. Keen to know more, I spoke to LUNG’s co-artistic director Helen Monks, who described its origins:

“We [LUNG] were associate artists at the Lowry, and they have a great relationship with young carers. They wanted to make a show [about being a young carer] that felt real.”

Two years of workshops followed, in which four young carers worked with the second LUNG artistic director, Matt Woodhead, to create that show. They contributed to the script, helped with casting, designed the set, and guided its purpose.

One in twelve young people care for someone, but not all young carers realise they fall under this umbrella. As Helen explains, “It’s very instinctive to care for loved ones, especially if you’ve done it from a young age.” Who Cares has helped to identify over two hundred young carers, all of whom are signposted - via the show’s engagement manager - to local services that can support them. It’s latest incarnation, with the ETT, will also include CPD training for teachers, social workers, and others whose work brings them into contact with young carers. A digital version of the show will be made available for schools, along with educational resources for teachers. Whilst all this is taking place, the Who Cares campaign will continue to stimulate action: specifically, drafting policies that will make life easier for young carers.

Unsurprisingly, the impact of Who Cares? has been “huge”, and it’s unlikely that it will slow down. Not least of all because, as Helen states, “The need for the show never goes away.” LUNG’s work exemplifies the importance of prioritising both audience and participant wellbeing. The participants are in control of the story; the audience is shaped to be both proactive and hopeful. 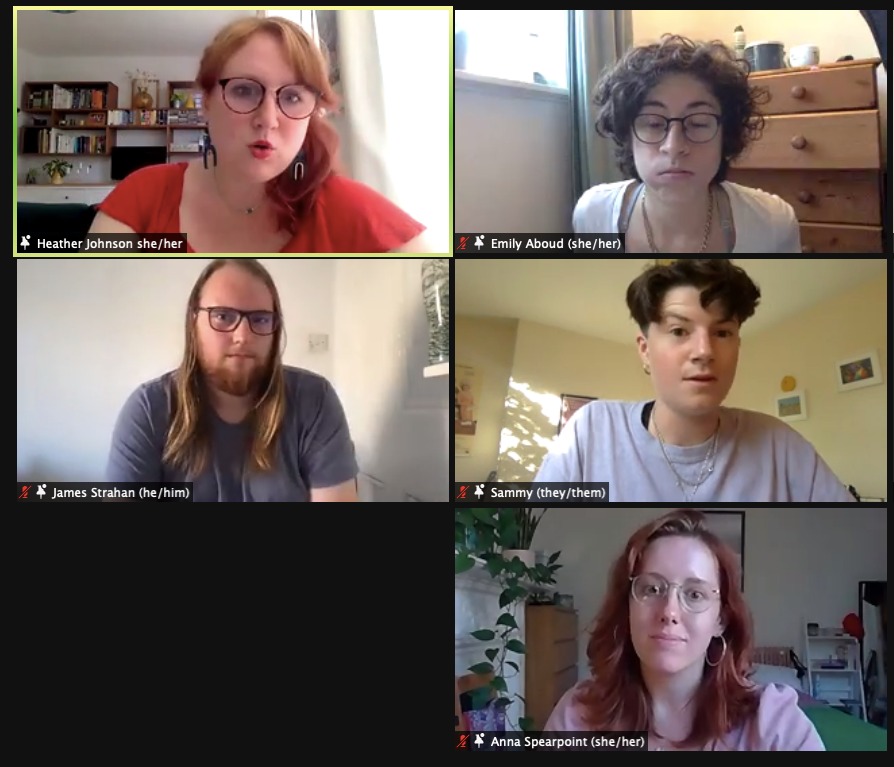 Hearing about LUNG’s extraordinary work makes me forget, for a minute, that this isn’t the norm. A conversation with Anna*, a writer, director and performer, is a stark reminder that LUNG’s values are not shared by all.

“The first time I encountered verbatim theatre (as a non-audience member) was as a director,” Anna tells me. “I was asked to work with a local charity who wanted to make a piece of theatre, based on women’s testimonies.

“I was not told the race of the women who had given those testimonies - but I was sure they came from women of colour. But I was pressured to cast white actors, because that was the ‘available casting pool’.”

The second time Anna participated in verbatim theatre was as a participant.

“I gave a testimony for a project about the lives of LGBT folk. Coincidentally, I happened to know the actor playing me, and I knew they weren’t LGBT. I didn’t want to begrudge them the role, but it was an uncomfortable experience for me.”

Due to her intersectional identity, Anna felt the need to share a lot of different information, some of which made her easily identifiable. “I wanted to be the voice of all of those experiences at once.” She is open to taking part in verbatim theatre again, but not under the same conditions. Namely: “I wouldn’t be interviewed in my own home; I would ask to see the questions in advance; I would be pushier in my insistence on seeing the script before it was published.”

In our interview, Helen emphasises that Who Cares? is not reflective of a singular moment. As the young carers’ perspectives change, so does the show. “We can all say one thing in an interview, then change our minds.”

When I think of LUNG’s work, “change” is the word that comes to mind. It creates shifts in the lives of its participants and the wider community they belong to. It opens the audience’s eyes to hidden experiences. Above all, the company’s process is flexible, adaptable, and tailored to each project.

This idea formed the basis of LUNG’s Verbatim Theatre workshop for Sightlines.

“There are lots of existential questions around verbatim theatre,” Helen says. “It’s a huge umbrella term: we’re going to look at different practices and practitioners and the differences between them.”

Helen and Matt discussed each of LUNG’s productions and how wellbeing was centred in each one. They also highlighted practitioners - such as Breach and Out of Joint - with differing approaches to verbatim theatre. It illuminated how varied verbatim is as a genre; I left feeling creatively energised and open to new ways of working.

Theatre has undergone a massive change over the past 18 months. The outcome of my conversations with Helen and Anna is that this change should continue to accelerate. LUNG moved their Young Carers Creative Makers’ project onto Zoom at the start of lockdown - and there are no plans to move it back. “They can enjoy coming knowing that they can miss a session if they need to.” Anna is currently working on a show where wellbeing is built into the budget: A mental health co-ordinator on hand to actively support participants, a longer rehearsal period allowing creatives to take mental health days without fear of repercussions. “It’s a boring answer,” she says, “but funding really is the answer.”