While real events have been a subject for art dating back to Ancient Greek theatre, since the latter part of the late 20th century there has been a distinct acceleration in the presentation of personal stories and the subjective experience on stage.

So much so that many sub-genres are rooted in non-fiction: self-performance, autobiographical theatre, documentary theatre, factual theatre, living newspaper, memory theatre… all of which call upon personal stories to inspire and make theatre.

Increasingly so, there is demand for this type of theatre that foregrounds the ‘personal’. Theatre critic, Lyn Gardner remarks that as audiences “we like the idea that we are getting something from the horse’s mouth and that what we are being told is true”.

It is a form so popular that it has carved a space for itself in the landscape of the industry and fabric of theatre buildings up and down the country with the development of small-scale, intimate studio spaces.

Personal Trauma and the Performer

Crossing into such personal terrain involves recounting, deconstructing and reflecting on often painful experiences such as trauma, grief, illness, abuse, oppression, violence or addiction, topics that might previously have been reserved for the therapy couch. 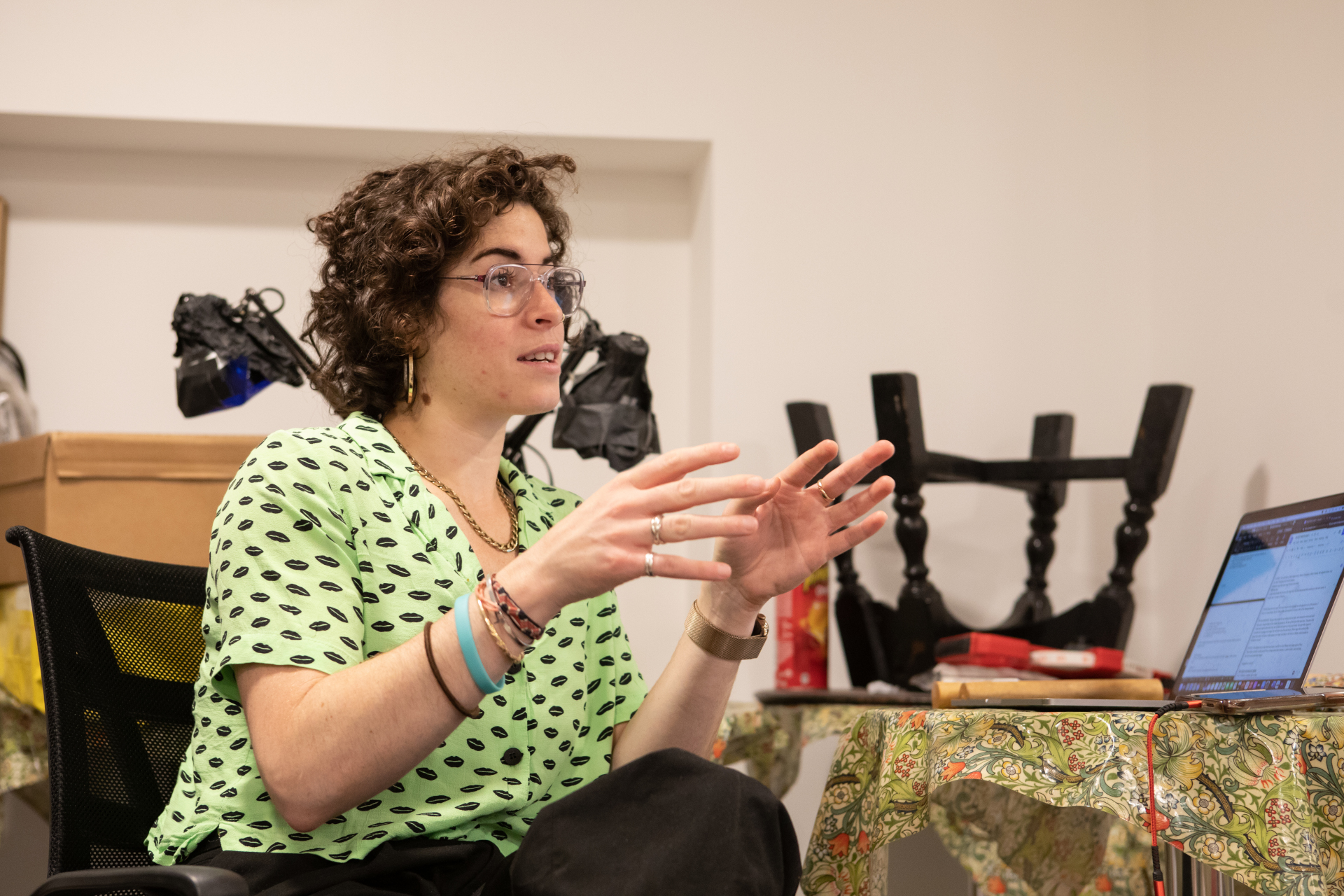 In a thesis written for University of Exeter, Michael Baim claims that with the proliferation of artists drawing upon lived experience, theatre can become “a sight for radical self-exposure”. How then do we protect ourselves from the inherent risks of placing yourself in an environment where the boundaries between personal, public and professional are blurred?

Autobiographical performance artist, Bryony Kimming, explains in an interview that boundaries and rules must be set: “I write out everything that happened around a time. Processing without censorship, stuff that no one will ever see or hear. Then I check what I want to keep as mine and mine alone in my locked box of life events that only I know about. I check what feels like it has come from a place of anger and try to process and rid myself of that, so I can tell the story impartially and with a kind heart. I never do this without a therapist anymore.”

She also talks about the importance of researching why people might want to know her stories. For artists like Kimmings, finding universality in the personal is key. Audiences want to relate to the subjective and feel unified through lived experiences.

Collective Trauma and the Audience

For other artists, relaying the personal is to educate. It briefly allows audiences to put on someone else’s shoes and see the world through their eyes. It is a powerful platform to amplify non-mainstream voices. Crucially, it puts empathy at the forefront, exposing us to alternative world views and preventing us from stubbornly thinking that ours is the only right one.

Sightlines guest curator, Emily Aboud, is a theatre director and writer, passionate about making work that decolonises: that is, work that represents somebody or something that isn’t commonly represented in art, work that hasn’t been allowed to flourish because of different forms of colonisation, notably, racism, sexism, homophobia and transphobia.

Through this focus, it is impossible to tell the stories of oppressed groups in society without getting into the enslavement and collective trauma that has been inflicted on these communities. “That’s why, at the crux of everything, is making a show that uplifts”, Aboud explains.

Essential to making uplifting theatre and being in control of your story is having emotionally processed the trauma beforehand. She notes that “there is a subtle difference between an actor who has lost control and an actor who is acting like they’ve lost control.”

“For performers that lose control on stage, the line between reality and story starts to blur and you put the audience in an unsafe experience. It becomes a sadistic experience where the audience-member feels complicit in your pain and that is uncomfortable. Theatre is a community and within that community, all parties should feel safe.”

Tragically, she notes, the necessity for emotional closure and then finding joy within that means the oppressed artist has to work even harder to make theatre.

As well as having emotionally processed a trauma, it is imperative to empower oppressed communities and make them feel stronger rather than reiterating history they already know.

Aboud’s own show, Splintered, is an example of a theatre that is inherently tragic: it tells stories about the homophobic condition of queer women and non-binary folk in the Caribbean. However, Aboud’s intention to uplift and empower is accomplished through dance and other carnival-esque tropes to convey the trauma and mock the oppressor.

“500 years of colonialism are shattered by the highest levels of contentment”, Aboud claims.

Aboud’s mission is a ringing reminder that through satire and educational theatre-making, we can harness the retelling of tragedies to undermine problematic, oppressive structures and achieve a collective catharsis.

Emily is Guest Curator for Sighlines Festival 2021 and has organised events including Navigating White Spaces, Creating Held Spaces in Rehearsal Rooms, Can I Touch Your Hair? and Men on the Mind